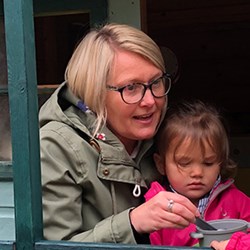 I have worked for Mrs Laffeaty-Sharpe since leaving school and trained within the Nursery to gain my qualifications.  I left to start my own family of which I have 2 boys.  I re-joined the Nursery in 2002 gaining experience in both Nursery and Reception.  I currently teach Pre-Primary which is rewarding to see them grow and develop into their own personalities. 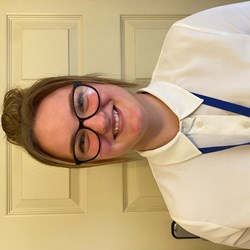 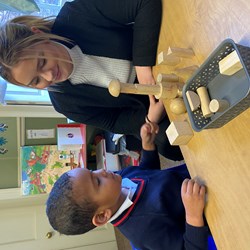 I joined Downham Preparatory school and Montessori Nursery in February
2020.

I am the nursery apprentice and am currently studying for my level 2
qualification in childcare, to be followed on by level 3.

I have the pleasure of working with a great team everyday and the enjoyment of
watching the children in nursery grow and succeed. 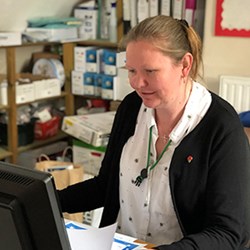 I have always wanted to work with young children and after qualifying in 1993 I went on to work as Children’s nanny for 6 years, before moving to a children’s Nursery in 2001.

I Joined the Downham Preparatory School & Montessori Nursery in 2007 as the Nursery Supervisor. In 2009 I was given the opportunity to help set up the Downham Nursery School and was in charge of the day to day running of the Nursery as the Nursery Supervisor.  In 2013 I was promoted to the Nursery Manager in charge of both Downham Nursery and Stow Nursery.  During my time I have gone on to gain my Level 4 in Children’s Care Learning and Development in June 2011 and In September 2016 I completed my Level 5 Diploma in Leadership & Management in Early Years.

I have always wanted to make sure that the children have a fun start into education as I found it very hard and I didn’t enjoy my time at school.

I have now taken up a new challenge of working In the School office as the Nursery/School Administrator helping to run the School Office alongside the School Secretary. 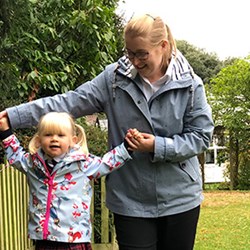 I have worked for Mrs Laffeaty-Sharpe in the Nursery for 14 years.  Since joining in 2005, I have trained in the Nursery to complete NVQ Level 3 and 4 in Children’s Care, Learning and Development.  I started as an assistant and have worked with a variety of age groups on my way up to becoming supervisor.

I am very proud of the ‘Outstanding’ rating we have achieved and our parents’ can see the difference between us and other nurseries.  I cannot say enough good things about the school - Our performance is in a class of its own.